Today was the final day of practice. For me it was the second day, but for many they arrived on Monday and Tuesday. We had some controlled with 15 cars for 10 minutes. 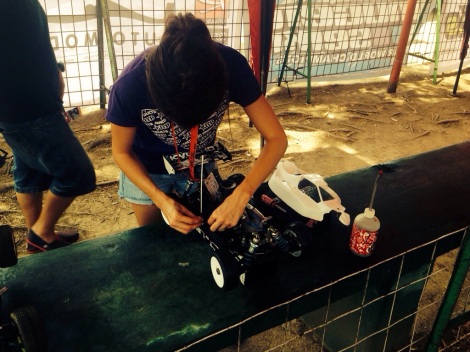 Pit Girl was rocking it today. Here she is plugging in my battery before a practice run.

After the controlled, and before the Official Practice, there was some media time. Got tons of pictures with all the racers. 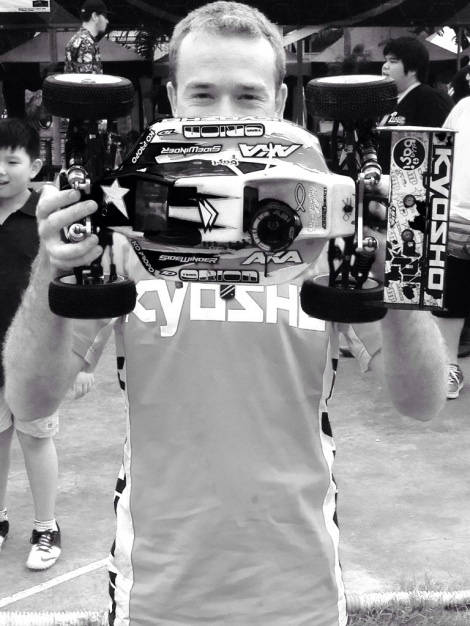 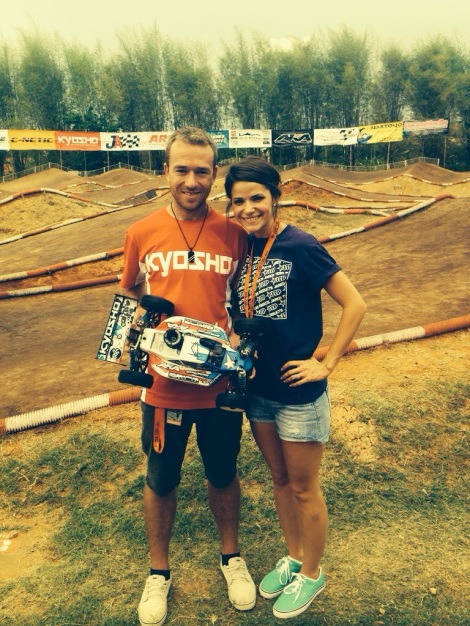 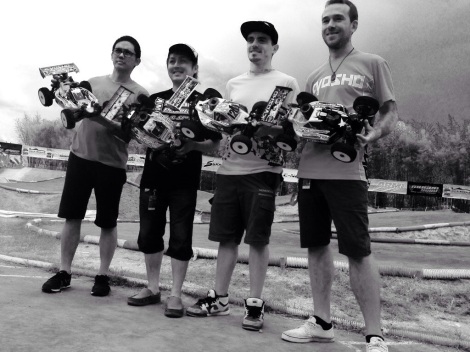 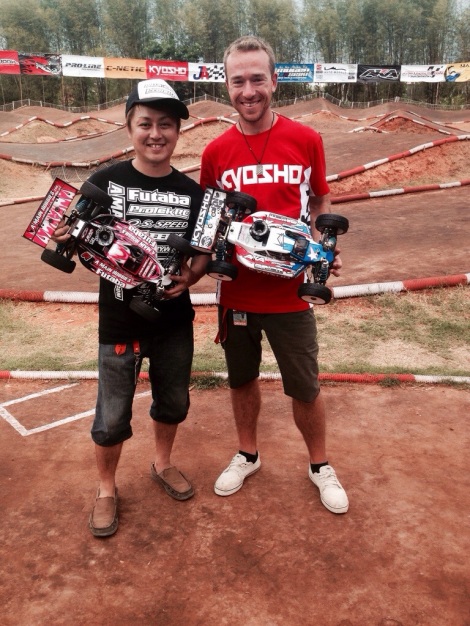 After all the media fun was over, it was time to get ready for the official practice that would seed for qualifying. The seed would be the entire 5 minute time. I worked on my car a little, new air filter, new clutch and she was ready. I ran medium Impact in the first run and they felt really good. I had 1 really long crash, but all my other laps were really smooth and much faster than I’ve gone so far this weekend. I finished 2nd to Kyle McBride. For the second practice I made some changes to the front end and ran medium Enduro. My feeling was not good. I lost all my steering. I don’t think it was the tires, as I liked medium Enduro in controlled practice. For qualifying I will change my car back and it should be good to go.

Another shot of my amazing pit girl in action 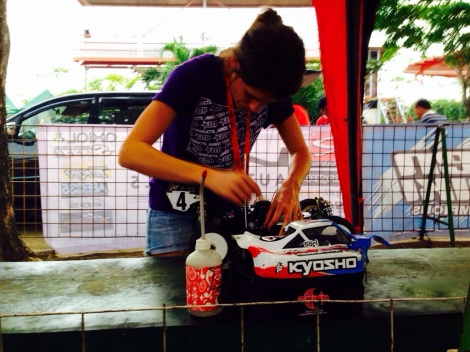 After the track Sadikin took us to an AMAZING Japanese restaurant. Man the food was unreal good!!!! 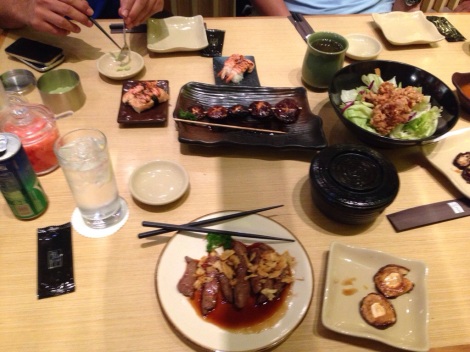 We have been soooooooooooo blessed on this trip. Everybody has been super nice and we are loving all parts of Indonesia. Thanks to everybody.

On that, I’m off to bed. I’m crazy tired and I can’t seem to sleep past 5am, so in going straight to bed and going to work on my car in the morning. Thanks for checking in and God Bless. 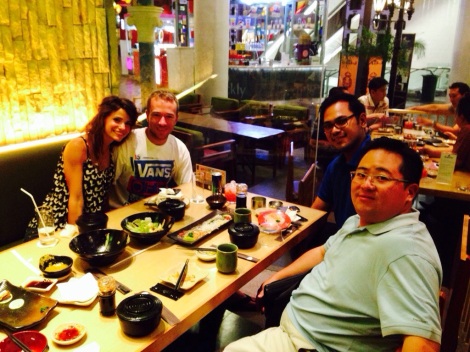