I don’t really know how to start this out without just saying “WOW”. Today was crazy. It started with Q5 of nitro. I went out on AKA super soft impacts for the first time. My car felt perfect. I started really good and was just feeling it. Half way through I over jumped the monster double, and didn’t think anything of it. I do two turns and head down the straight and there is a jump at the end before the corner. I hit the brakes and…….no brakes…..I jumped at least 7 feet farther than I should have and somehow didn’t crash. I then had no brakes after that and my engine was cutting out everywhere. I needed this TQ!!!!! I was freaking out inside, but I needed to slow my mind so I don’t crash. I started to try to trim my throttle down as I’m running and just praying not to crash. I got my trim down so I had a little brake, but not much. Then I had a ton if dead throttle because my trim was off now. And the engine would cut out if I pulled the throttle hard. I had no idea what was going on, but I knew if I crashed, I’d be kissing TQ bye bye. I managed to cross the finish without crashing and 100 feet later my car ran out of fuel. I broke a fuel line and dumped 4 minutes of fuel all over my brakes. That was one of my best drives ever!!!!!!! I’m not cocky at all, but I’m very proud of that drive to keep TQ hopes alive. 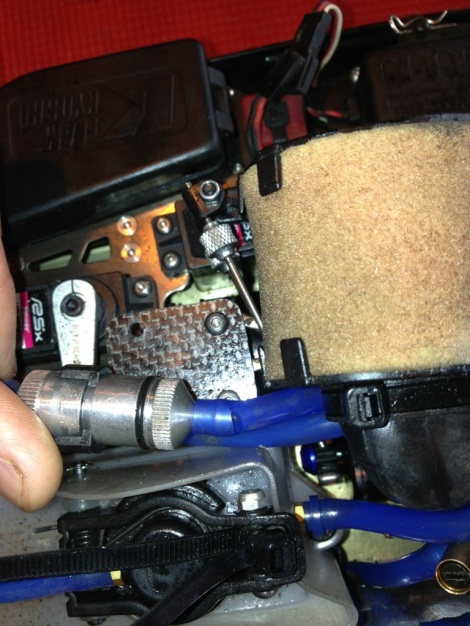 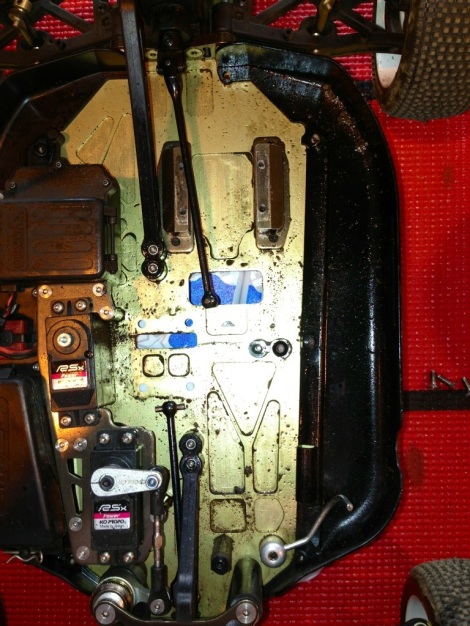 Then it was Q5 in electric. I had new Orion speedo and motor in and it felt amazing. I had a super clean run and took an easy TQ, locking up the overall. Then it came down to Q6 of nitro for overall TQ. If Cody got the TQ, I needed 2nd. I only had a 7 as my next best score after my 3 TQs. I bobbled first lap all on my own and the nerves were flowing. I picked it back up and was going good, but then caught tons of traffic. I got tangled twice in traffic and thought I was giving it away. I put my head down and finished strong to get a 2nd behind Battle. I got overall TQ!!!!!! I decided to sit out the final round of electric to try to save my car for the finals. It comes back to bite me later though 😦 Here are some pics. Also with Mike Cradock. He is really helping me a lot this week. I don’t trust people to work on my cars, but he has been working his butt off making sure I’m ready for each race. I told him he is lucky to be turning wrenches on my cars. Haha. He is awesome though, Thanks Mike!!!!!! 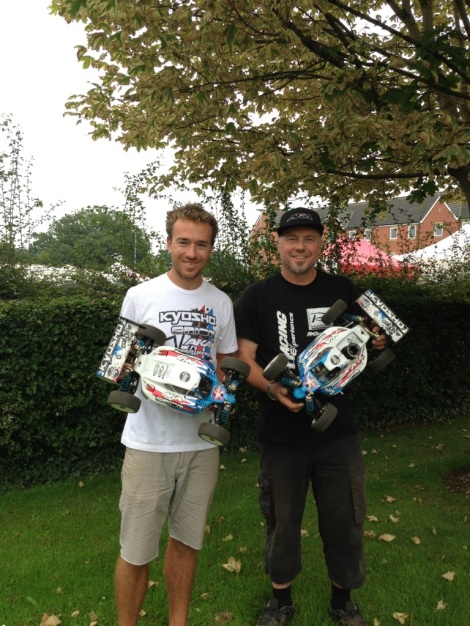 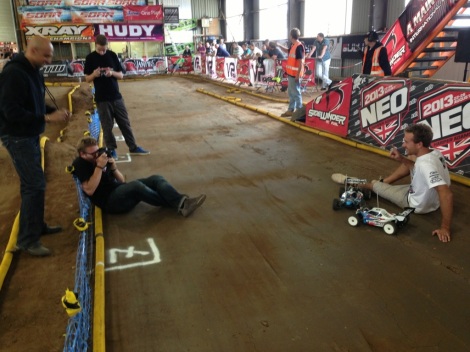 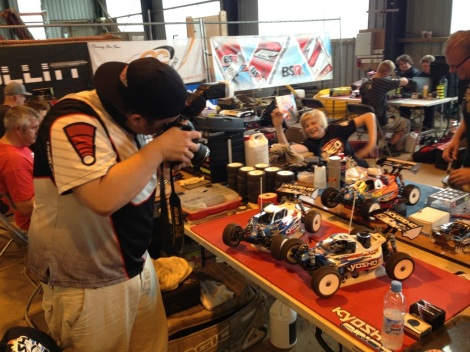 After all the media stuff, I started going through my nitro car. Man this track is gnarly. These cars are not made to be dropped from 15 feet every 17 seconds. I have never seen sooooooooooo many broken cars in my life. Take a look at my bent radio tray and broken servo case. That is insane. KO has the gnarliest servos too!!!!! Mine was still working being cracked in half. Most would just snap off. These things are SOLID!!!!! 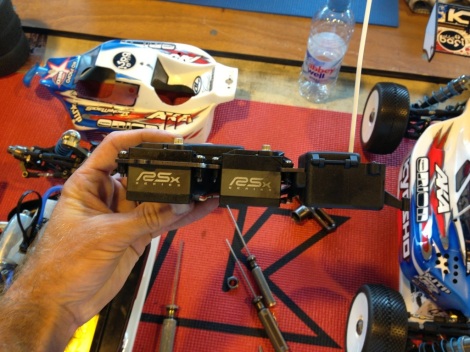 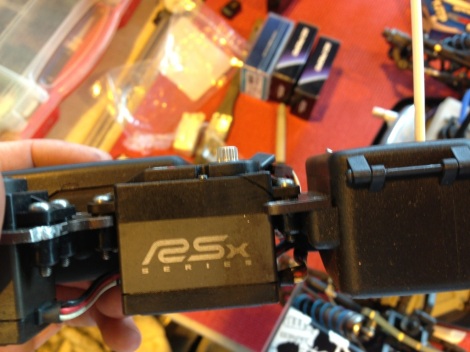 Last race tonight was the electric semi. I started on TQ of the A semi. I got a great start and was just driving around. I felt extremely comfortable and was just being safe. I was nailing the downside really good on the huge double, but right at halfway my car shut off when I landed off the huge double. I was leading too and pulling away. It was right before the loop, so I lost that lap. It took a while to get it back going as well. Since this tracks has no landings and you just slam your car everywhere, my switch case exploded. My switch internals were just bouncing all around in my car and it turned itself off. I didn’t want to just give up, but I was dead last and 2 laps down , plus i needed top 7 to transfer. I just went out and pushed like I was fighting for the lead. With 2 minutes to go i was 20 seconds behind 7th. On the last lap I was only back about 6 seconds, but I wasn’t going to catch him in one lap. Then I got my gift. 6th place broke out and I finished 7th!!!!!! I couldn’t believe it. I am happy, but not at the same time. I was trying to be smart to skip the final qualifier to save my car from 7 minutes on the gnarly track. Maybe if I ran it, the switch would have broke then and not in the semi. Oh well. Now I will start the main from 15th. It’s the first main race that I will not start TQ at a neo event. It will be a wild race. I will be having my chrome horn a blazing while I try to come through the pack. As Paul King would say “nothing to loose”. On a positive note, I did have a bomb desert tonight. Grazie Mau and Evlin!!!!! Very good Italian friends of mine took me out to dinner. 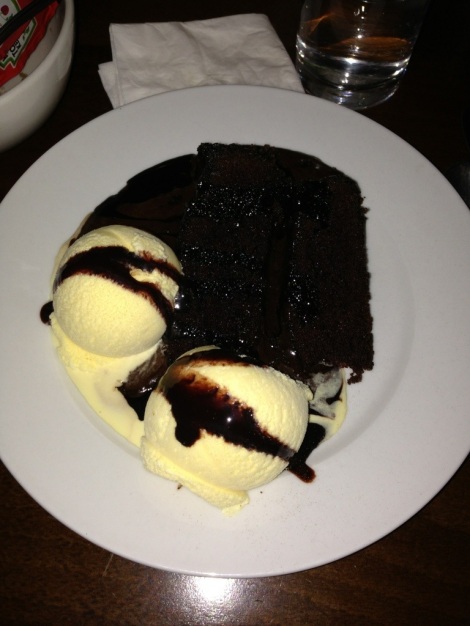 On that great note, I’m off to bed. Be sure to check out neobuggy.net and Liverc.com tomorrow. Good night and God Bless