Neo13 is over. What a great day today!!!!! I got my 5th victory in nitro at a Neo race out of 5 appearances. I will start the day at the beginning. We had the final for electric. After yesterday’s switch issue in the semi, I was 15th on the grid. I did not get a good start as someone decided to roll the first double in front of me and I was planning on jumping it. I made my way up into 5th or 6th about halfway through, then a marshal jumped out to get some crashed cars on the launch thing after the huge double. I landed right on the marshals head. Thankfully he was fine. He was also my mechanics daughters boyfriend. Crazy!!!!! I ended up 4th, not at all what I wanted, but that is racing. After that race I was surprised by two faces at my pit. At first I did not realize who they were. This year the HotRod Shootout, I met a nice English family at the pool. We chatted a few nights and talked life. I told them about this race and where it was. They freaking showed up at the track today. How RAD is that!!!!!! True fans 🙂 cheers mates!!!!

Then it was semi practice. It was much warmer outside today and you could actually see blue sky. I thought they had some weird sky in England. I thought it was only grey or something, but I was wrong, England does in fact have a blue sky. My car felt ok, but I was crashing like crazy. My car felt too soft. I wasn’t worried though. I went up on my shock oil and added a touch of camber to my car for the semi. I bolted on a new set of AKA Super Soft Impacts, and it was race time. I had a flawless semi. Not getting off line or making one mistake the entire 20 minutes. I won my semi by 25 seconds. It felt awesome to be clean for the whole race. Boots won his semi, but he was 14 seconds slower than mine. I didn’t make any changes to my car for the final. I started on TQ for the final and led every lap to take the win. It was amazing. I have had some bad luck lately and I was soooooooooooooo happy to work hard, drive good, and get the result. I can’t believe that I’m 5 for 5!!!!!!!

During the champagne spray, Boots couldn’t see, and I was blinded as well, he hit me in the head with his bottle. 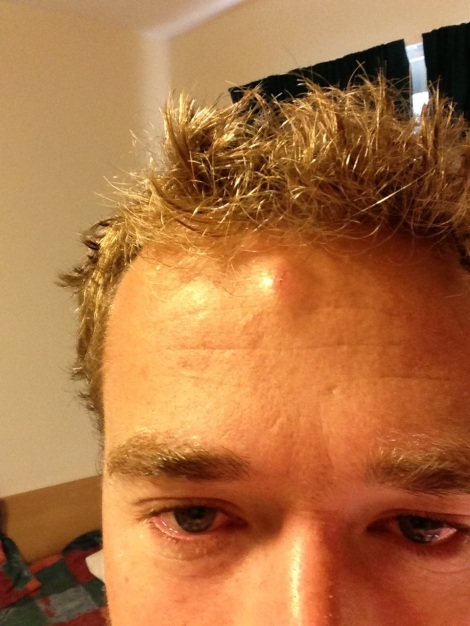 Thanks to Mike and Mau for the great pit stops. We were an international team today. USA, UK, and Italian. Awesome job today. Cheers Mike, Grazie Mau

After that champagne shower I had, it was time for a proper water shower and dinner. I got to eat with the current World Champion. Robert Battle and I are really good friends and it was nice to get to hang out and chat during dinner. Also with his whole team he travels with. That is Euro style. I think it’s awesome that he is able to have a whole team of guys on his side at the races. 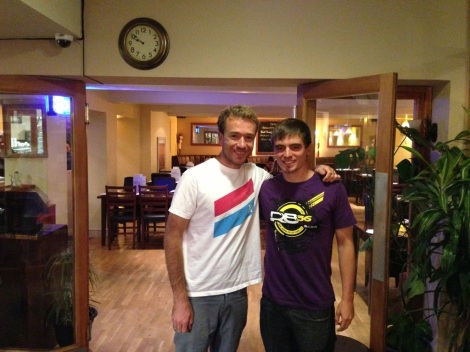 Neo13 is now over and the tear down begins. It takes them 5 days to build everything and get it all ready, and only 5 hours to have it all torn down and flat. Kinda wild. 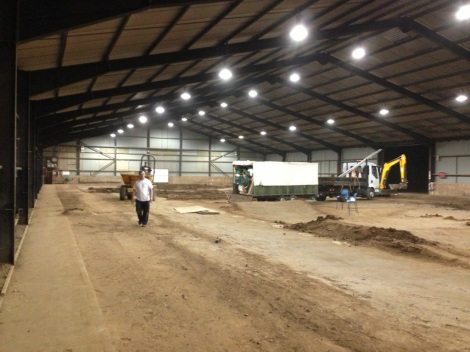 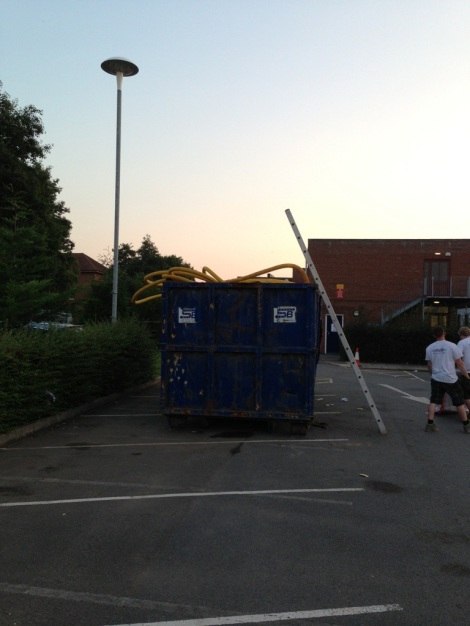 Now it’s dark, quiet, and empty. Until next time, thanks for reading and God Bless.